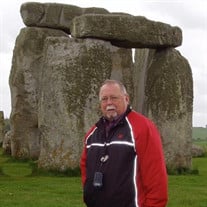 Joseph J. Reilley, 81, of The Villages, passed away July 15, 2019 at his home surrounded by his wife and family. Joe was born March 19, 1938 in Philadelphia, Pennsylvania to John E. and Elizabeth (Mauthe) Reilley. Joe met the love of his life, Barbara Crosby and they married on January 21, 1961 in Philadelphia. They spent 58 happy years together. Joe and Barbara moved to The Villages in 2005 from Blackwood, New Jersey. Joe received his BS in accounting from La Salle College. He worked in IT for PECO Energy until he retired in 1991. Joe loved to golf, he loved to read and play cards. He would often play Pinochle during his lunch hour at work. When he could, he loved to sit on the beach and spend time looking out over the ocean. Other times he was glued to the tv rooting on one of his favorite Philly’s sports teams. Joe is survived by his wife Barbara, son Michael and wife Beverly of Virginia, son Timothy and wife Susan of New Jersey, son Patrick and wife Bridget of New Jersey, son Matthew and wife Barbara of New Jersey, six grandchildren: Kristina, Kyle (who is in the Air Force) and wife Lindsay, Colin, Michelle, Benjamin and Julia. He is also survived by his only sister Elizabeth Reilley of The Villages. A private memorial mass for family and Joe’s golfing buddies will be held at St. Mark’s Catholic Church in Summerfield with a private family internment at Hillcrest Memorial Gardens at a later time. In lieu of flowers, memorials may be made to Cornerstone Hospice, St. Jude’s Children Hospital, or the charity of your choice. On-line condolences may be shared by visiting www.bankspagetheus.com. Arrangements are entrusted to Banks/Page-Theus Funerals and Cremations, Wildwood.

Joseph J. Reilley, 81, of The Villages, passed away July 15, 2019 at his home surrounded by his wife and family. Joe was born March 19, 1938 in Philadelphia, Pennsylvania to John E. and Elizabeth (Mauthe) Reilley. Joe met the love of his life,... View Obituary & Service Information

The family of Joseph J. Reilley created this Life Tributes page to make it easy to share your memories.

Send flowers to the Reilley family.