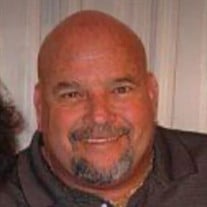 Robert H. Bernstein: Born Chicago, IL 8/5/1947 - Passed away Oxford, FL 8/18/2021. Robert was preceded in death by his Father, Sidney Bernstein, Mother, Betty Marmer Bernstein and sister Janice Harris. Robert is survived by his wife, Sheila Potter Bernstein; Sons, Bryse Bernstein (wife Rosa), Wyatt Bernstein, Shay Bernstein (wife Dorian), Blake Bernstein, Quinn Bernstein, Travis Pickron, Logan Pickron, Brandon Carr, Chance Harper; Daughters, Skye Bernstein, Shanna Bernstein, Desiree Bernstein, Summer Bernstein, Alyssa Pickron, 14 grandchildren, 2 great grandchildren; brother in law, David Harris and multiple nieces and nephews. Robert “Bob” was best known for his love of children and being a part of their journey through life helping them to grow and become successful through education and sports. He and his wife, Sheila were the owners of the Galaxy of Learning Child Care Center and School of Orlando, Wildwood, and Oxford, FL. Bob had a love for coaching youth in sports specially his over 40 years in Pop Warner Football. Bob took pride in teaching all his players the love of the game and that winning isn't everything rather give it all you got and leave it all on the field. Bob also coached baseball for many years instilling the same principles in each player that he taught in football and served on the governing boards to include the position of President of both the Pop Warner Football Leagues and Baseball Leagues. Bob took a lot of pride in pushing young people to be the best they can be at anything they try and to pursue their dreams. Bob was lovingly known as “Dad” by hundreds of youth and into their adulthood because of the unconditional love and support he gave to each and everyone of them. Bob supported any organization that helped guide and direct youth in the right path to success such as the FFA, Wildwood Middle High School Athletic Club, Kiwanis Club, Rotary Club, AVID, NHS, along with multiple advisory committees and boards that focused on programs for the youth in his community. Services for Bob will be Sunday August 22, 2021 at the Banks Page Theus Funeral Home located at 410 Webster St Wildwood, FL 34785. Viewing will begin at 2:00 for friends and community and the service will begin at 3:00 followed by the procession to Pine Level Cemetery in Oxford. Online condolences may be sharing by visiting www.bankspagetheus.com

The family of Robert H. Bernstein created this Life Tributes page to make it easy to share your memories.

Send flowers to the Bernstein family.