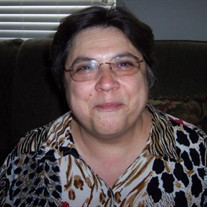 Kerry Ann Coyle, age 67, passed away early in the morning of September 8, 2021 at the Leesburg Regional Hospital in Leesburg FL. She was born on April 11,1954, in Chicago, Illinois to Anita "Ann" (nee Yanutin) Darling and Lloyd Ward Darling. Kerry grew up in Chicago in the Old Town Triangle neighborhood, close by Lincoln Park. She attended both Waller and St. Michael's High Schools, graduating in only three years. Kerry entered Roosevelt University at 16 years of age, earning a double BS by the time she was only19. She’d go on to earn a MS later at UNT in Denton Texas. Kerry spent over 25 years working for American Airlines and later spin off Sabre Travel Services initially in sales and ticketing. She then transitioned the majority of her career there into senior IT specialist installation planning roles for the many airline and travel industry customer's onsite IT systems, including their connectivity, equipment shipping and tracking and some data mapping. This role involved many interesting domestic and international trips around the world managing regional warehouses. She later began a second career teaching on somewhat of a lark in the Texas School system in Keller Texas while waiting for her husband to finally retire. Kerry and her husband relocated to The Villages in 2014. While she loved the lifestyle and meeting new friends, she and her husband also relished being homebodies after spending so many years shuttling travel duties between them while raising a family at the same time. She was an avid crossword, sudoku and other puzzle solver and was unafraid to do them in pen. Kerry thoroughly enjoyed mysteries and who done-it investigations, she always seeming to have the plot figured out before anyone else. Quite the host, she was known for providing an unending supply of snacks fancy or otherwise either for quests or for her husband and sons during their football games. She and her husband recently relocated outside of The Villages to a larger home due to their reunification with their sons. Kerry was preceded in death by her two brothers, Glen T. Darling and Russell D. Darling. She is survived by her husband of 44 years Michael G Coyle, her two sons Michael A, and Robert M Coyle all of Wildwood FL, and her sister, Loya Darling of Chicago, IL. In lieu of flowers please send donations to the American Heart Association. Services have not been determined at this time. Arrangements are entrusted to Banks/Page-Theus Funerals and Cremations, Wildwood, Florida.

Kerry Ann Coyle, age 67, passed away early in the morning of September 8, 2021 at the Leesburg Regional Hospital in Leesburg FL. She was born on April 11,1954, in Chicago, Illinois to Anita "Ann" (nee Yanutin) Darling and Lloyd Ward Darling.... View Obituary & Service Information

The family of Kerry Ann Coyle created this Life Tributes page to make it easy to share your memories.

Kerry Ann Coyle, age 67, passed away early in the morning of...

Send flowers to the Coyle family.