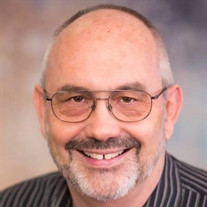 James Robert Lannin, Jr., 70, of The Villages, FL, entered into rest on December 5, 2019 while sailing the seas on a transatlantic cruise with his wife of almost 37 years. Jimmy was born in Chicago, Illinois on August 6, 1949 to James Robert Lannin, Sr. and Leah Kathryn Johnson. He studied social sciences at Shimer College in Mount Carroll, Illinois. Jim met his wife Karen Mullen (Lannin) in 1980 while selling cars in the Bay Area in California. They married on December 18, 1982. He then went on to work as a Realtor in California, Oregon and Nevada. During his lifetime, he owned his own real estate companies and served as the President of the Yamhill County Association of Realtors and Amity Lions Club. Since moving to The Villages, FL with his wife in 2010, Jim found his true passion in genealogy, speaking and teaching others about various aspects of genealogy. He was the former President of the Villages Genealogical Society and Coordinator of VGS' Genetic Geealogy Special Interest Group. He was a member of the Florida State Genealogical Society Speakers Bureau, the International Society of Genetic Genealogy and the Genealogical Speakers Guild. Jim was an avid world traveler and fortunate to spend his last years traveling with his wife throughout Europe, the Caribbean, South America, Africa and Asia. He is survived by his wife Karen Lannin, daughter Tamara L. Fitzgerald and husband Ryan Fitzgerald, son Steven Higuera and wife Moniquic Higuera, sister-in-law Cynthia Tuculet, and one grand-son, Gavin James Fitzgerald. He was preceded in death by his parents, and brother Christopher Jan Lannin. A Celebration of Life will be held on January 4, 2020, from 1:00 - 4:00 p.m. at Allamanda Recreation Center, 1515 St. Charles Place, The Villages, FL 32162.

James Robert Lannin, Jr., 70, of The Villages, FL, entered into rest on December 5, 2019 while sailing the seas on a transatlantic cruise with his wife of almost 37 years. Jimmy was born in Chicago, Illinois on August 6, 1949 to James Robert... View Obituary & Service Information

The family of James Robert Lannin created this Life Tributes page to make it easy to share your memories.

Send flowers to the Lannin family.