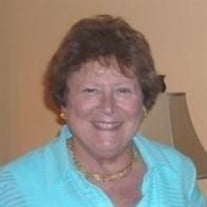 Helene (“Helen”) Rose Siegel of The Villages, Florida passed away on October 17, 2020 at age 81. She was born April 1, 1939 in Antwerp, Belgium, the only child of Henry and Anna Rosenbluth. As a toddler when WWII came to Belgium, her father was taken and Anna relinquished Helene to an underground movement working to save Jewish children. Helene was raised as an orphan, shuttled through 16 different locations to stay a step ahead of the Gestapo. She remained in hiding until 1946, when she was finally reunited with her parents. At age 11, her family relocated to Buenos Aires, Argentina and she later emigrated to Atlanta, GA at age 20, where she worked with Young Judea and related organizations raising funds for the State of Israel. In the early 1960s, she transitioned to New York City and, briefly, to Israel before settling down and becoming an American citizen in New Jersey. Fluent in eight languages—she joked that she had no mother tongue—she put herself through college while working full time and earned her Bachelor’s degree from Thomas Edison State University. Trained as an accountant, she began a nearly 30-year career at Appliance Dealers’ Cooperative, a home appliance buying group for small family retailers, where she served as Executive Director and CEO until she retired in 2010. During her tenure, she grew the company tenfold to nearly $250M in sales, enabling small businesses to compete successfully against chain stores. She was well known in the home appliance industry as one of its only female senior executives. As a divorced single mother pursuing this challenging career, she took pride in putting both her children through college. She also remained a devoted caregiver to her parents from the early 1960s until they passed in the mid-2000s. Helene relocated to The Villages in 2012, where she became an enthusiastic golfer and bridge player, frequently hosting her grandchildren, whom she enjoyed taking around town in her golf cart. She also took up sewing in retirement and produced many cherished stuffed animals and entire wardrobes for her youngest grandkids. Helene was a beloved mother, grandmother, aunt, cousin, cat enthusiast, and friend. Surviving her are her two children: son Yanai Siegel (Gail, Z”L) and daughter Sari Siegel Spieler (Barry), grandchildren Naomi Siegel and Spencer Siegel of Marlboro, NJ; David Spieler and Hannah Spieler of Camp Hill, PA and University Park, MD; and step-grandsons Gabriel Spieler (Fernanda) of Nashville, TN; and Daniel Spieler of Austin, TX. Burial will be at Beth Israel Memorial Park in Woodbridge, NJ. Shiva will be observed at the Siegel residence in Marlboro, NJ through Wednesday; Thursday on Zoom from the Spieler residence in Camp Hill; and Friday in University Park, MD. A memorial service will be held at Banks Page-Theus Funeral Home in Wildwood, FL on Monday, October 26 at 1pm. In lieu of flowers, contributions in her honor may be made to the American Cancer Society (donate3.cancer.org/) or Together we Remember (https://togetherweremember.org/donate), an organization dedicated to education about the Holocaust and identity-based violence, founded by the grandson of Helene’s dear friends, Martha and Jimmy Lichtman. Donations in her name are also welcome from the Humane Society. Online condolences nay be sharedby visiting www.bankspagetheus.com. Arrangements are entrusted to Banks/Page-Theus Funerals and Cremations, Wildwood.

The family of Helene Rose Siegel created this Life Tributes page to make it easy to share your memories.

Send flowers to the Siegel family.