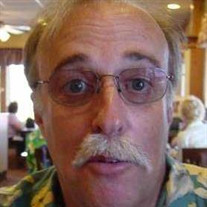 George Stuart Norton November 11th 1949 – May 31st 2019 George Norton passed away peacefully surrounded by family at the Cornerstone Hospice in The Villages, Florida. Beloved husband of Beth Norton, George was born in New Haven, CT on November 11, 1949, the son of George and Esther Norton and brother to Barbara Oefinger. George graduated from Guilford High School in 1968. He started his career in banking at the Union Trust Company in New Haven, CT. Over the course of many decades as the company was acquired and evolved, George rose through the ranks to eventually become a Vice President of training. He remained in that role until he retired in 2001 to start his own consulting business. He was also a lifelong member of Washington Engine Company in the Guilford Volunteer Fire Department, where he served as financial secretary for many years and as a Lieutenant of the Fire Police. George was a long-time resident of Guilford, Connecticut before moving to The Villages, Florida during his retirement where he resided with his wife Beth and mother in law Bonnie Shepard and their dog Callie. George enjoyed cooking, music of all types, traveling, and spending time with friends, family, and his dog. He was best known for his humor and being quick with a joke to help cheer up all around him. George is survived by his wife of 46 years, Beth Norton; his children George T. Norton (Michelle) and Heather Norton; his grandchildren Erin Norton, Alana Mancini, and Elias Martinez; his sister Barbara Oefinger; his niece Lisa Kamen; numerous cousins and his beloved dog Callie. George is predeceased by his father, George, and his mother, Esther. A celebration of life will be held at a later date. In lieu of flowers, donations may be made to Cornerstone Hospice, 2445 Lane Park Road, Tavares, FL 32778, or the Washington Engine Volunteer Fire Company 390 Church St, Guilford, CT 06437

The family of George Stuart Norton created this Life Tributes page to make it easy to share your memories.

Send flowers to the Norton family.