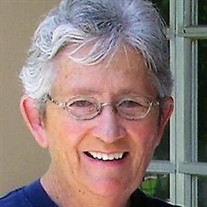 Carol Evelyn Davis, 76, of Sebring, Florida went home to be with her Savior in the early morning hours of Wednesday, Sept 5, 2019. She resided in a lovely apartment at The Palms since March 2018. In recent months her health declined rapidly. Born in Plainfield, NJ on November 16,1942 she was daughter of the late Dr. Raymond and Evelyn Carr Davis who were missionaries in Nigeria. Carol grew up in in the town of Roni and attended a grade school at Kent Academy in Miango Nigeria. Later, she returned to the States, where she received her diploma from Creston High School in Grand Rapids, Michigan Carol earned a BS in Education from Taylor University, a MA from Michigan State University and a Masters in Social Work from the University of Michigan. Following graduation, she joined the Sudan Interior Mission and traveled to Addis Ababa, Ethiopia in 1972, where she enjoyed counseling and caring for the 8th-10th grade girls as their house parent, who she referred to as “My kids.” Carol moved to Sebring, FL in 1984, and began her employment with the School Board of Highlands County, where one of her positions involved teaching and counseling teen parents, that came by bus from the three towns. After nine years, the Center closed and opportunity knocked for Carol to work as a School Social Worker for the five schools in Sebring, kindergarten through high school. Carol had a very caring heart and a real desire to help anyone she knew who was in need. She found purpose and fulfillment in dealing with real life problems that parents and students faced each day. After her kidneys failed in 2006, Carol began dialysis, but continued to work for three and a half years until she retired in November 2009. In 2010, God provided a life transforming kidney transplant for her, for which she was continuously thankful. Carol was a faithful, 30-year member of Southside Baptist Church, Sebring; a friendly, Bible preaching, missionary minded church. She was active in church ministries including AWANA, Missions and Choir. Carol also enjoyed a ministry of her own, that of sending cards of encouragement to friends and family. Meals on Wheels was fortunate to have her as a volunteer Among her varied interests, were collections of lighthouses that she had visited and sailboats, pictured in frames, imprinted on mugs and clothing and’ creations in various media could be found throughout her home. For many years, during the Christmas season, she displayed her extensive, detailed Christmas village exhibit with lighted homes and businesses along with a train that made its way throughout the various neighborhoods. Carol was a special member of her sister, Barbara’s family who live in Connecticut. Despite the miles of separation, they visited each other often. and kept in touch dailyl will be dearly missed by her family and friends who hold her close in their hearts. Carol is survived by her sister, Barbara Davis French (Charles)of Windsor, CT, niece, Michelle French Pendleton (Mark)of Windsor, CT, nephew, Jonathan French (Sue)of AL, grandnephews, Joshua and Jeffrey Pendleton and Matthew French and many other Davis/Hays cousins and their families. Carol was predeceased by her parents, Raymond Joseph and Evelyn Carr Davis. In 2019, she was predeceased by her cousin, Carolyn Carr Holland and her aunt, Doris Carr Sampson, both of whom were very special to Carol. A memorial service will be held Saturday, August 14, 2019 at 11:00 AM at Southside Baptist Church, 379 Commerce Ave, Sebring, FL 33870 with The Rev. David Altman officiating Carol E Davis will be interred at the Lakeview Memorial Gardens. On-line condolences may be left by visiting www.bankspagetheus.com. Banks/Page-Theus Funerals and Cremations, Wildwood is in charge of arrangements.

Carol Evelyn Davis, 76, of Sebring, Florida went home to be with her Savior in the early morning hours of Wednesday, Sept 5, 2019. She resided in a lovely apartment at The Palms since March 2018. In recent months her health declined rapidly.... View Obituary & Service Information

The family of Carol E. Davis created this Life Tributes page to make it easy to share your memories.

Carol Evelyn Davis, 76, of Sebring, Florida went home to be with...

Send flowers to the Davis family.