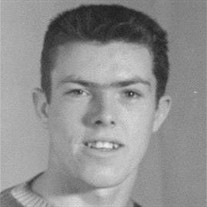 Carl “Wayne” Bridgewater, 88, of The Villages, FL passed away February 20, 2020. Wayne was born June 28, 1931 in Springfield, Illinois to Frank and Mini Eileen (Westbrook) Bridgewater. The Frank and Mini Bridgewater family relocated from Springfield to Bay City, MI in approximately 1936. Wayne played baseball, basketball, and football while attending Handy High School. In his childhood, to pass the time, Wayne and his brother Oscar (also known as a pair as Pete and RePete) would box for hours on end. Wayne would become an accomplished Golden Gloves boxer. He would later spar with his sons as a learning and bonding tool. Wayne served in the U.S. Army during the Korean War. Wayne met Marjorie Paulsen, while visiting family in Springfield, and they were married in 1956. Wayne resided in the Bay City area, while employed in the construction industry, until he and Marjorie retired to Florida in 2003. Wayne and Marjorie enjoyed their retirement until Marjorie’s passing on August 14, 2018. They were members of the Grace Bible Fellowship in Inverness, Florida. Wayne is survived by his three children; Ruth (Richard) Williams of The Villages, Robert (Maria) of Enterprise, AL, and James of Wyandotte, MI; Five grandchildren and six great-grandchildren; brothers Oscar (Dawilla) of The Villages, Jerry (Alice) of Bay City, MI. and sister; Mary (Donald) Dufort of Essexville, MI. Wayne is preceded in death by his parents, wife Marjorie, brother Frank, and sisters Jean (“Bud”) Westcott and Vivian (Donald) Hoppe.

The family of Carl "Wayne" Bridgewater created this Life Tributes page to make it easy to share your memories.

Carl “Wayne” Bridgewater, 88, of The Villages, FL passed away...

Send flowers to the Bridgewater family.